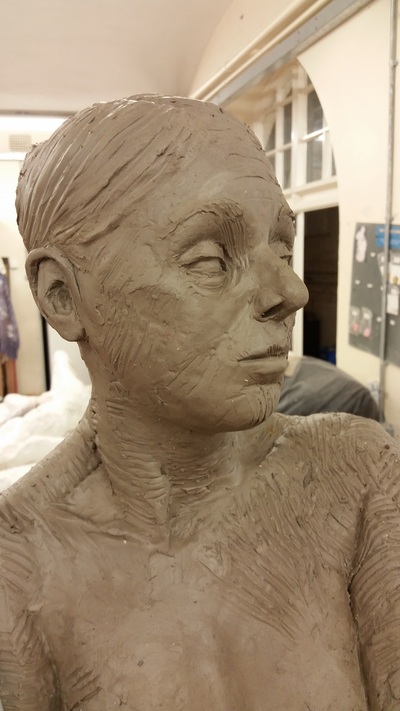 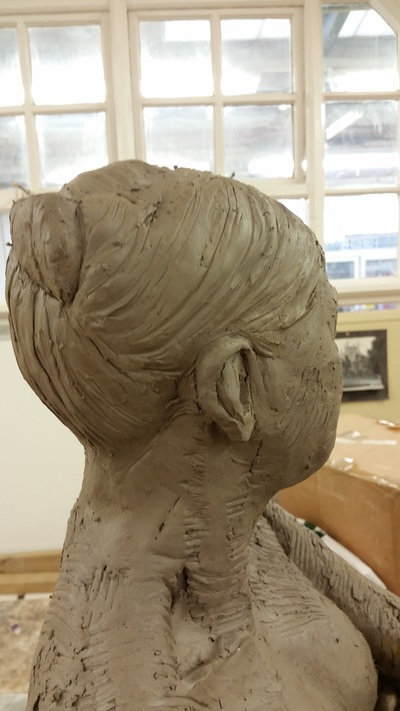 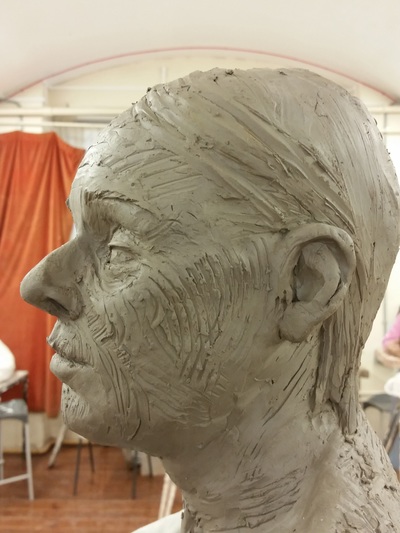 This sculpture is a three quarter scale free-standing sculpture, based on Rodin's sculpture of Balzac.
The themes that emerged through the making process include the acceptance of physical decline due to the ageing process, as well as finding dignity in contemplation of the endurance of the self.
The surface rendering makes reference to the flowing chiselled folds found in many sculptures of  The Buddha.
The face and body are scored with lines which empasise the form - these wrinkles can be read as evidence of hard living, or perhaps of a life well lived. The expression and stance is proud and defiant. 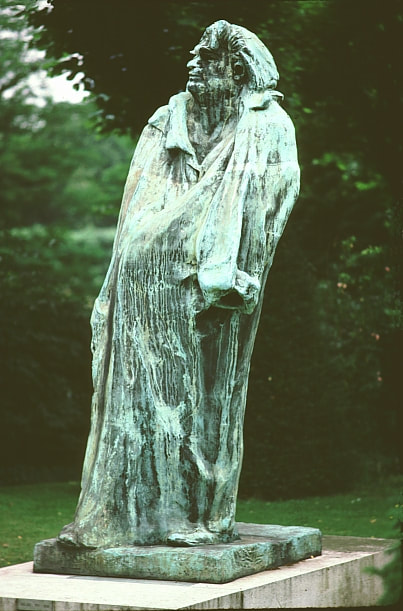 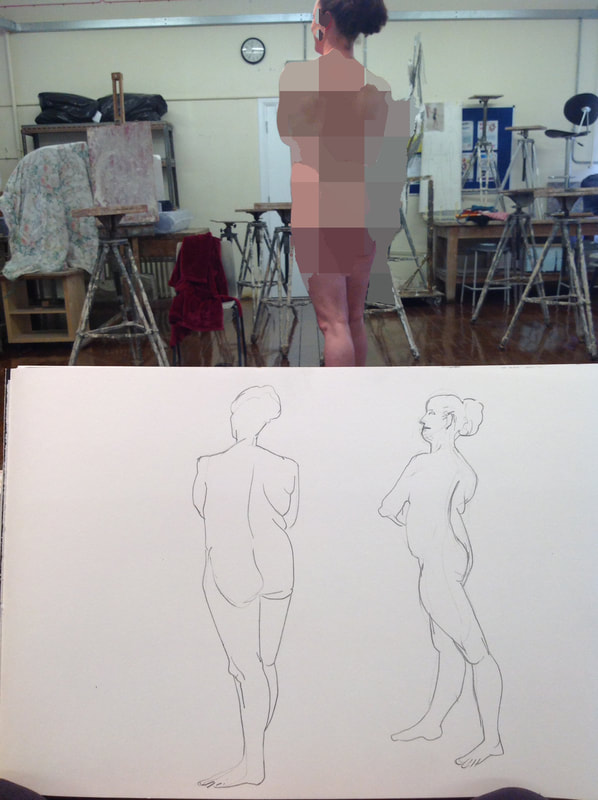 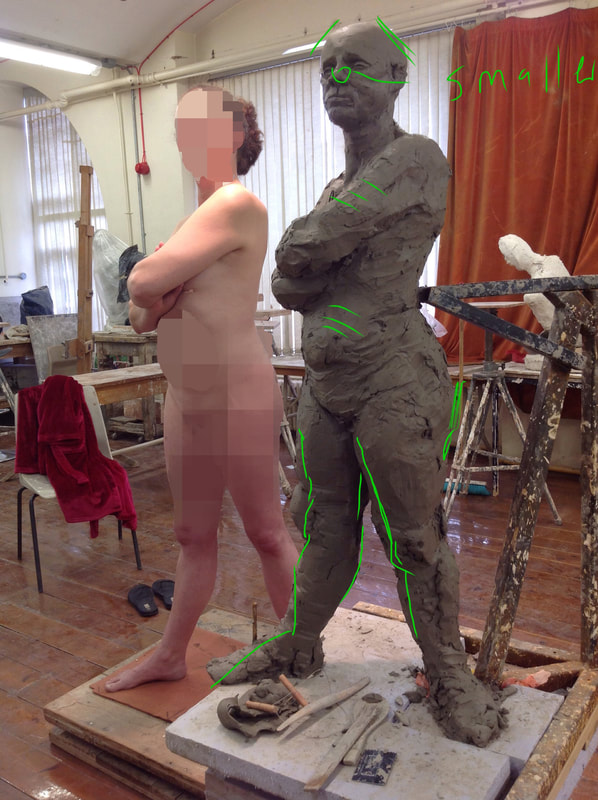 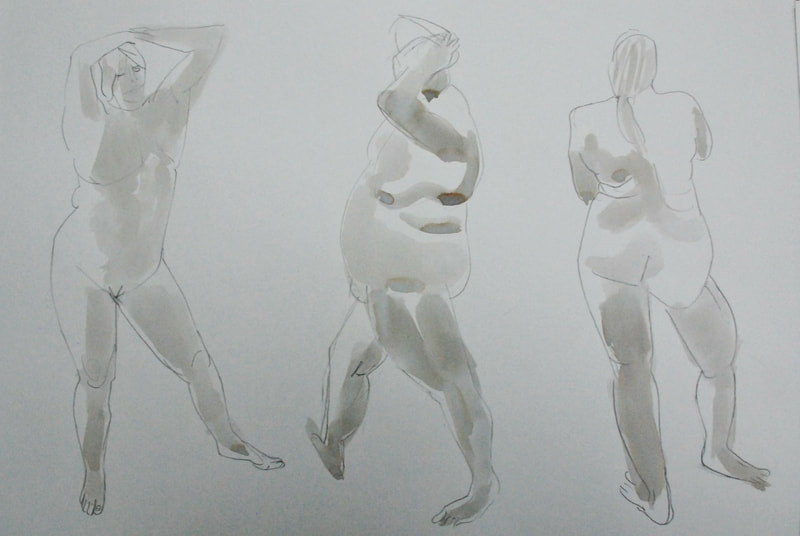 I took photos of the model and sketched out the pose from every angle, to get a feel for the weight and form. The figure was modelled in clay over several weeks - taking photos of the model against the sculpture at the end of each session helped to see where modifications needed to be made. Thinking about the surface of the sculpture, the flow of line, and energy of the form, intuitively led to look at sculptural surfaces that invite contemplation. These textural ridges suggest japanese sand gardens, furrows and wrinkles. Wisdom through experience.
Reference images photographed at The Victoria and Albert Museum:
https://www.vam.ac.uk/features/digitalmap/#l=1&r=room47f&o=O127873&d=1 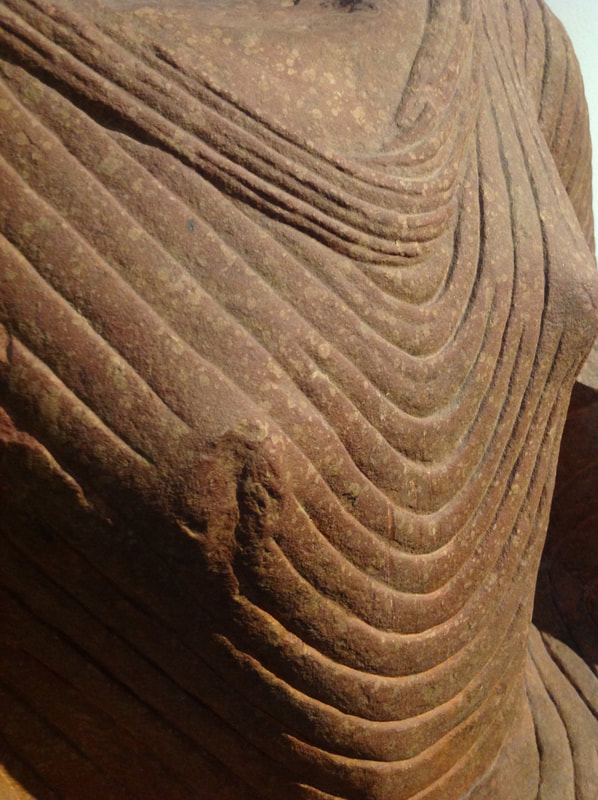 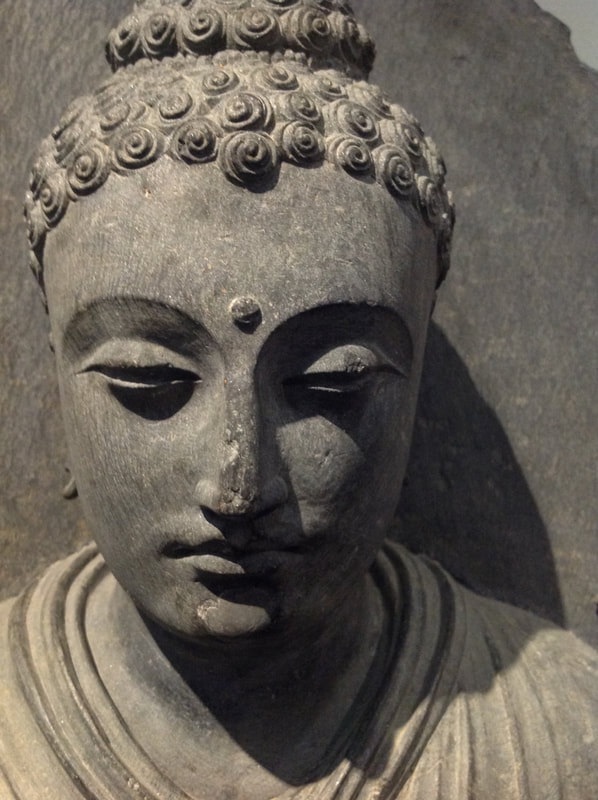 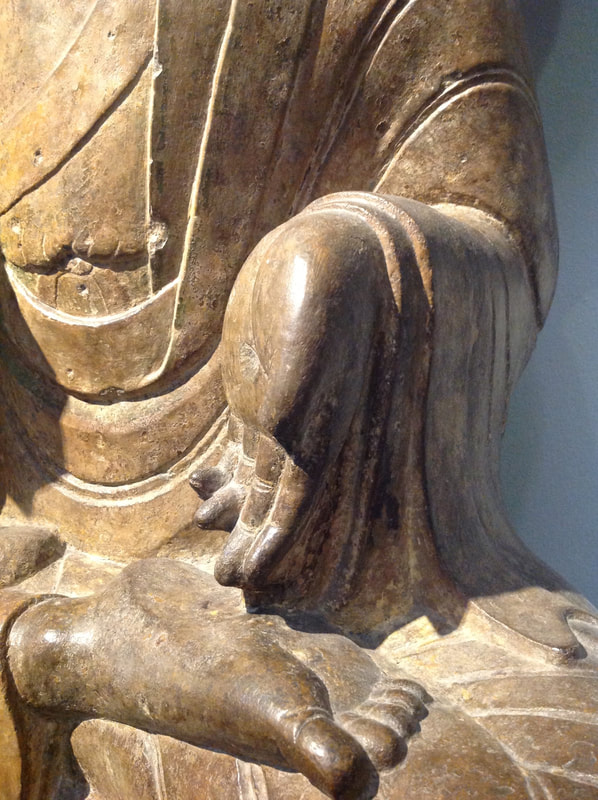 Once I was satisfied with the clay model, a plaster waste-mould was made (see the video below). To make the void for the mould, the clay model was pulled out; then the plaster mould scrubbed clean. Yellow sandstone Jesmonite (an environmental, and cement-like material) similar in texture and colour to the buddhist sculptures, was then built up in laminated layers in the void. A metal armature was cast inside.. Then the plaster mould was chiseled off both the top and bottom mould sections. 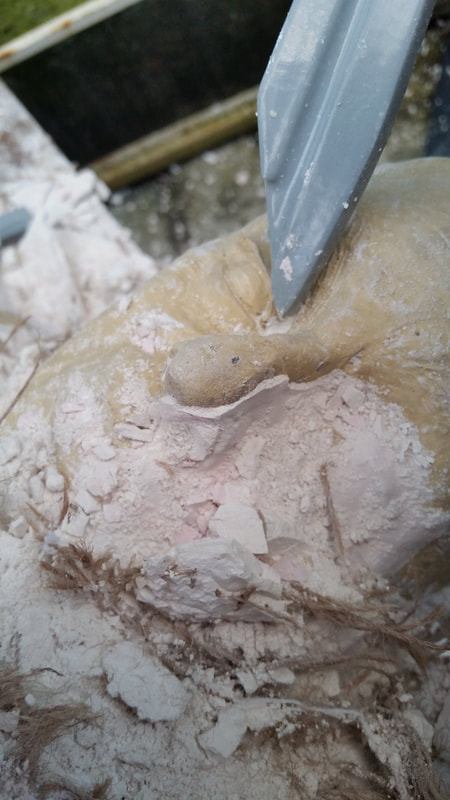 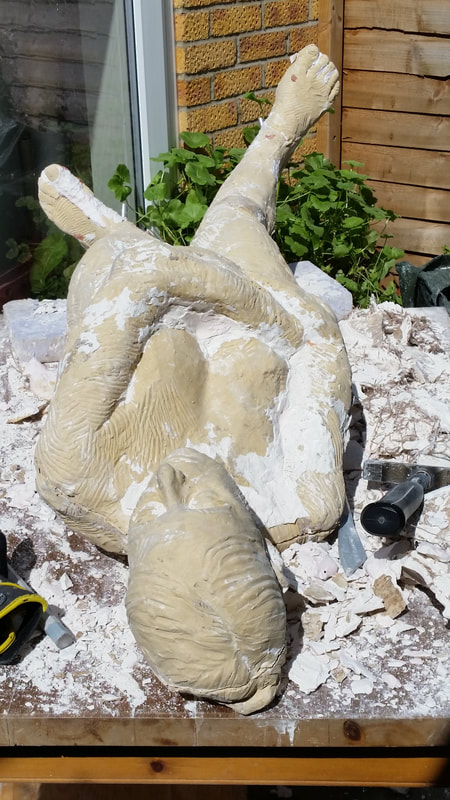 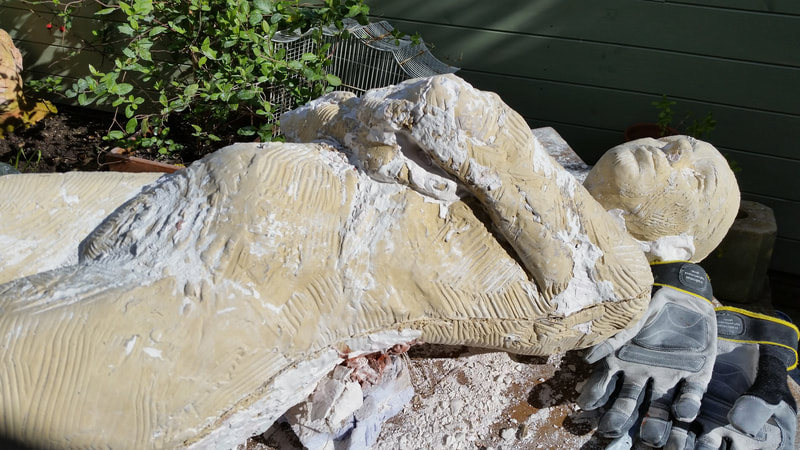